Cannabis- Here’s What You Should Know About Cannabis

Cannabis- Here’s What You Should Know About Cannabis 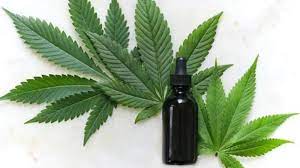 Within the last couple of years, the awareness about the medical uses of cannabis has increased by leaps and bounds. However, some of these uses are hard to believe, but again these facts are supported by extensive research. For example, cannabis can be used to effectively treat asthma. Moreover, there is a long list of health benefits that are associated with marijuana.

The medicinal affectivity of marijuana has been supported by various legitimate diagnoses of patients. In past research, people with certain ailments used marijuana have found out that it offers great relief. In order to learn the uses of cannabis, we must have some background information about it.

Cannabis is also called marijuana. Cannabis is basically a psychoactive drug. It is obtained from the cannabis plant. People often consume this drug for recreational purposes. Formerly, it was considered bad for health. However, after conducting several studies and researches, it has been found out that this psychoactive drug has several medicinal uses.

The Medical Benefits Of Cannabis

There are several health benefits of consuming cannabis in a limited amount. For years and years cannabis is being employed to treat various side effects of a few of the most terrifying ailments.

For over 30 years, marijuana has been medically used to cure the loss of weight and appetite in the patients of AIDS. Two medications, dronabinol and nabilone have been approved by the Federal Drug Administration (FDA) to treat these symptoms. These drugs contain a high amount of THC.

Similarly, cannabis is also given to the patients of cancer to ease the symptoms like nausea and vomiting caused by chemotherapy. This medicinal marijuana is important to ease the additional pain caused by these side-effects. It has also been found that THC and some other cannabinoids even result in slowing the growth of the cancer cells. They have even resulted in causing the death of certain types of cancer cells.

Cannabis helps to relieve the mind more as compared to the body. Specialized marijuana plants have been bred by scientists along with manufacturing CBD oil in order to cure seizure disorders. One of such disorders is childhood epilepsy.

Several doctors recommend marijuana to be used for the patients who suffer from insomnia. This is because cannabis is not ahabit-forming drug like Xanax. Those who suffer from Xanax addiction also find cannabis useful. 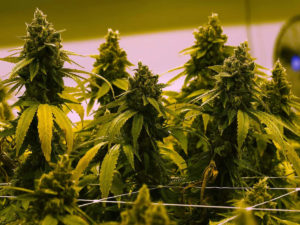 People who suffer from anxiety are often recommended to use cannabis sativas to relieve stress and psychosis. This drug is one of the best ways to achieve a stable mental environment for those who suffer from schizophrenia as well as post-traumatic stress disorder.